We begin with this headline: 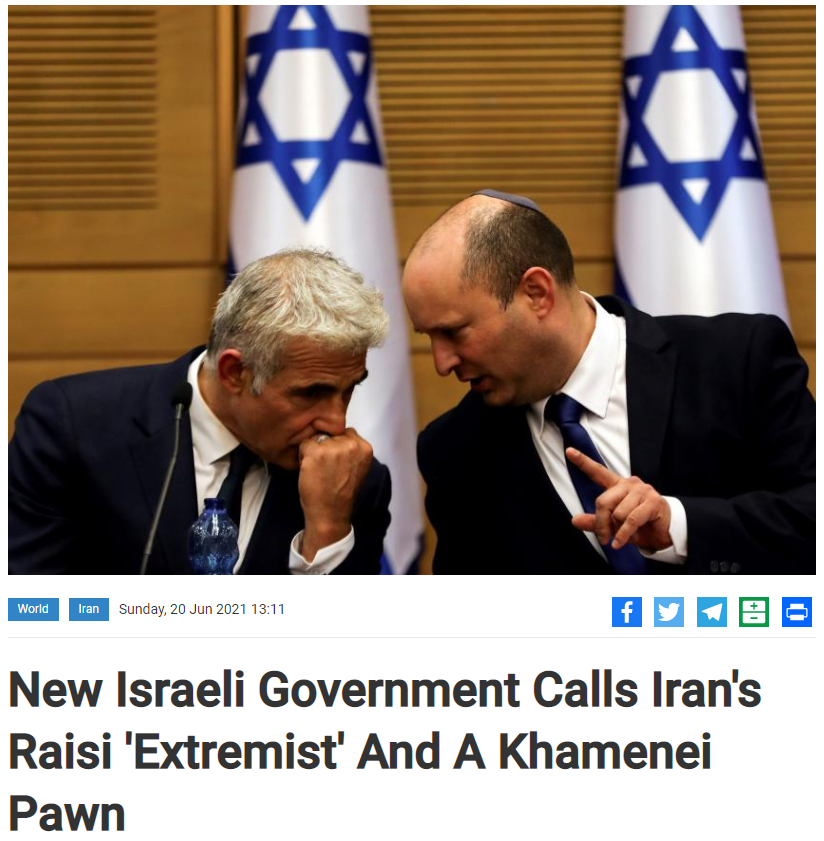 This utter comes from Naftali Bennet, who Raisi also labeld as 'hang-man president'. This is already inaccurate as the Iranian hard-liner didn't hang anyone while being president. He just became a newly fresh "chosen" president on June 19, 2021. It becomes different when you call, for example, Kim Yong Un a 'little rocket man' (Trump) as that is correct. Because, rockets are still made under his tyranny.

Nationalism is an ideology that holds that the nation should be as one with the state. Some people view nationalism as a movement by saying that it tends to promote the interests of a particular nation, especially with the aim of gaining and maintaining the nation's sovereignty over its homeland. However, that is a description which tells how the ideology of nationalism is brought into practice.

However, 'movement' is bringing people together to form a group in order to represent themselves as followers of a certain cause, belief, view or opinion.

Ultraism is a term containing the word "ultra". In the context of our pages, "ultra" is beyond what is ordinary, proper, or moderate, and is synonymous to excessive. -ism at the end is a suffix to indicate that the word represents a specific practice belonging to an ideology.

You can't go beyond something if you're not fanatic in what you believe. However, your bodily system have to produce a notable amount of chemical substances to let you think and believe fanatic. The more it does, the more you get extreme, which is the same to fanatic. Fanaticism is synonymous to extremism. Ultra is here the most intense form of fanaticism or extremism.

Now, Zionism is roughly saying about following the cause of creating own land for your own sort of people. Nationalism is roughly saying holding 'nation' and 'state' as one. But, one cannot happen without the other. That is why we view the Israeli version of nationalism as an offshoot from Zionism. However, if you look at the parties having formed Naftali Bennett's party Yamina, you find both Zionism and nationalism but in an ultra form.

So, who is Bennett to say that Raisi, Iran's next hard-liner president, is an extremist while you've just could read what Israeli ultraism is. Bennett fails to realize that he have divorced from reality in his own ways of doing as his politics is no other than bringing into practice the religionization of an ideology while Raisi is just doing that what has been long before the Israeli practice emerge to exist:  politicization of a religion

About the settlements: we don't expect any change either:

The occupation is since 1967. The identity of landscape of the occupied territory have been irreversible changed in an unstoppable manner since then. This is not only a war crime because it violates the Customary International Law. It is already annexation too. In fact, there is no longer occupation in parts were settlements are.

You can't start building new settlements if you don't have new piece of land. Annexation just simply begins here. Starting to build is starting to change the identity of that taken piece of land while you already have annexed. So, "even if annexation is off the table" is just nonsense.

Two examples. One was about foreign politics while the other was about settlements. Both show that there is actually at least no change in the political practices of the Israelis. In fact, ultra-Zionists just continue there were Netanyahu had to stop after being ousted from 12 years of polarizing politics.