China military ‘drove away’ US warship in South China Sea 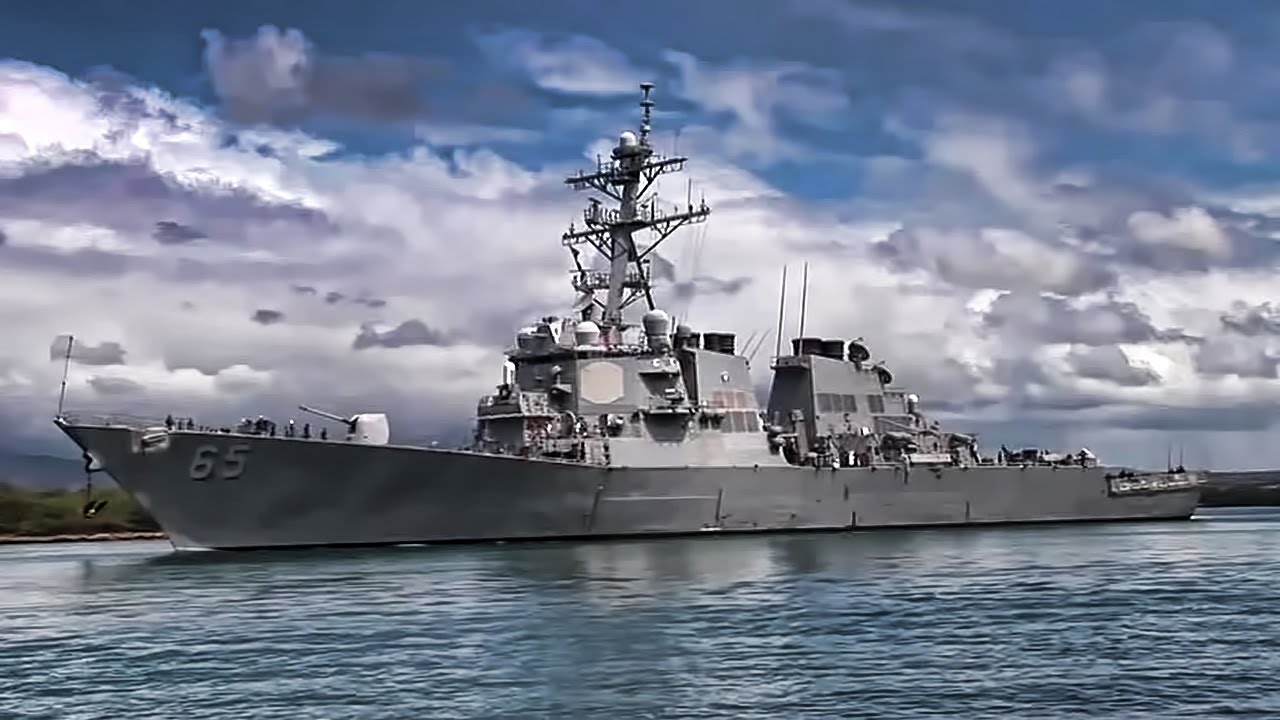 China’s military said it “drove away” a United States warship that it said illegally entered Chinese waters near the disputed Paracel Islands on Monday, the anniversary of a landmark international court ruling that Beijing has no claim over the South China Sea.

The USS Benfold entered the waters of the Paracels without the approval of the Chinese government, seriously violating China’s sovereignty and undermining the stability of the South China Sea, the People’s Liberation Army’s Southern Theater Command said.

“We urge the United States to immediately stop such provocative actions,” the Southern Theater Command said in a statement.

In a statement, the United States Navy 7th Fleet said the Benfold had “asserted navigational rights and freedoms in the vicinity of the Paracel Islands, consistent with international law” and dismissed Chinese claims of a serious violation of its sovereignty as “false” and a misrepresentation.

It stressed that all ships have the right of “innocent passage” under international law as reflected in the Convention on the Law of the Sea and permission is not required.

“The operation reflects our commitment to uphold freedom of navigation and lawful uses of the sea as a principle,” the statement said. “The United States will continue to fly, sail and operate wherever international law allows, as USS Benfold did here. Nothing PRC (the People’s Republic of China) says otherwise will deter us.”

The Paracels, called Xisha in China, are among hundreds of islands, reefs and atolls in the resource-rich South China Sea contested by China, Vietnam, Taiwan, the Philippines, Malaysia and Brunei, with Beijing claiming historic rights to everything within its so-called nine-dash line, which covers most of the region.

China took control of the Paracels, a chain of barren islands about 250 miles (400 kilometres east of Vietnam) and 220 miles (350 kilometres) southeast of Hainan Island, in the 1970s. They are also claimed by Vietnam, which calls them Hoang Sa, as well as Taiwan. All three countries require permission or advance notification before any military vessel sails through the area, the US Navy said.

On July 12, 2016, the Permanent Court of Arbitration in The Hague rejected China’s nine-dash line and ruled that Beijing had no historic title over the South China Sea.

It also said China had interfered with traditional Philippine fishing rights at Scarborough Shoal and breached the Philippines’ sovereign rights by exploring for oil and gas near Reed Bank.

China has repeatedly said it does not accept the ruling and has continued to expand its South China Sea presence over the past five years.

In a written statement on Sunday, US Secretary of State Antony Blinken said freedom of the seas was an “enduring” interest of all nations.

“Nowhere is the rules-based maritime order under greater threat than in the South China Sea,” Blinken said.

“The People’s Republic of China continues to coerce and intimidate Southeast Asian coastal states, threatening freedom of navigation in this critical global throughway.”

He also repeated a warning to China that an attack on Philippine armed forces in the South China Sea would trigger a 1951 US-Philippines mutual defence treaty.

“We call on the PRC to abide by its obligations under international law, cease its provocative behavior, and take steps to reassure the international community that it is committed to the rules-based maritime order that respects the rights of all countries, big and small,” he added.

More in this category: « US warns China it stands behind South China Sea ruling and is committed to Philippine defense China’s carrier group conducts exercises in South China Sea »