On December 10, 2011, the American hardline republican Newt Gingrich  said this:

“I think that we’ve had an invented Palestinian people who are in fact Arabs, and who were historically part of the Arab community. And they had a chance to go many places, and for a variety of political reasons we have sustained this war against Israel now since the 1940s, and it’s tragic.”

In an angerily response, the spokesman for the then American Task Force on Palestine, Hussein Ibish, said:

“There was no Israel and no such thing as an “Israeli people” before 1948. So the idea that Palestinians are ‘an invented people’ while Israelis somehow are not is historically indefensible and inaccurate. Such statements seem to merely reflect deep historical ignorance and an irrational hostility towards Palestinian identity and nationalism.”

On December 4, 2020 Tzipi Hotovely, on that day the new ambassador to the UK, said in her first speech that

Nakba is "a very strong and very popular Arab lie."

She added that the displacement of Palestinians since 1948, is "a made up story".

Hotovely is known to us as a Zionist with an appalling record of racist and inflammatory behavior.

It is not the first time that stubborn hardline Israelis come with utter but after American hardline idiots have done already. So it is about the rhetoric "Hamas is a terrorist organization"

Lehi is better known as the Stern Gang, and was a Zionist terrorist group founded by Avraham Stern in British Mandatory Palestine. Its avowed aim was to evict the British authorities from Palestine by use of violence, allowing unrestricted immigration of Jews and the formation of a Jewish state, a "new totalitarian Hebrew republic".

Avraham Stern, Yitzhak Shamir, Nathan Yellin-Mor were the three leaders. Stern and Shamir were both Zionist migrant from Poland while Zionist Yellin-Mor migrated from Belarus. So, none of them where indigenous people of Palestine.

The group split from the Irgun militant group in 1940 in order to continue fighting the British during World War II.

Lehi initially sought an alliance with Fascist Italy and Nazi Germany, offering to fight alongside them against the British in return for the transfer of all Jews from Nazi-occupied Europe to Palestine. On May 29, 1948, the Zionist migrants rooted government formally disbanded Lehi. However ...

Folke Bernadotte proceeded to formulate a proposal for a more sustainable solution to the conflict, and drafted a roadmap to peace.

The plan caused outrage among both parties and was turned down by Israel as well as all Arab states except Transjordan. The Swedish Count UN diplomat then began to work on a new proposal for a peaceful solution to the conflict. But he never had a chance to present it to the UN General Assembly.

When Folke Bernadotte traveled in a convoy of three cars on his way to negotiations in Jerusalem in the afternoon on September 17, the Zionist terrorists set up an ambush by pretending their car broke down. That's how the UN convoy was stopped in the Katamon quarter.

Bernadotte opened the backseat side window to see for himself what was ahead on the road. He asked a person in camouflage fatigue who was running into his direction.

The man who run into Bernadotte's direction was carrying a British-made machinegun. He asked Bernadotte if he is the person with this name. Bernadotte confirmed, which prompted the armed man to pour his weapon through the open window.

The man who shot and murdered was Yitzak Shamir. The two other men, Ben-Moshe and Steinberg shot at the tires of the UN vehicles, while Cohen was firing at the radiator of Bernadotte's car. 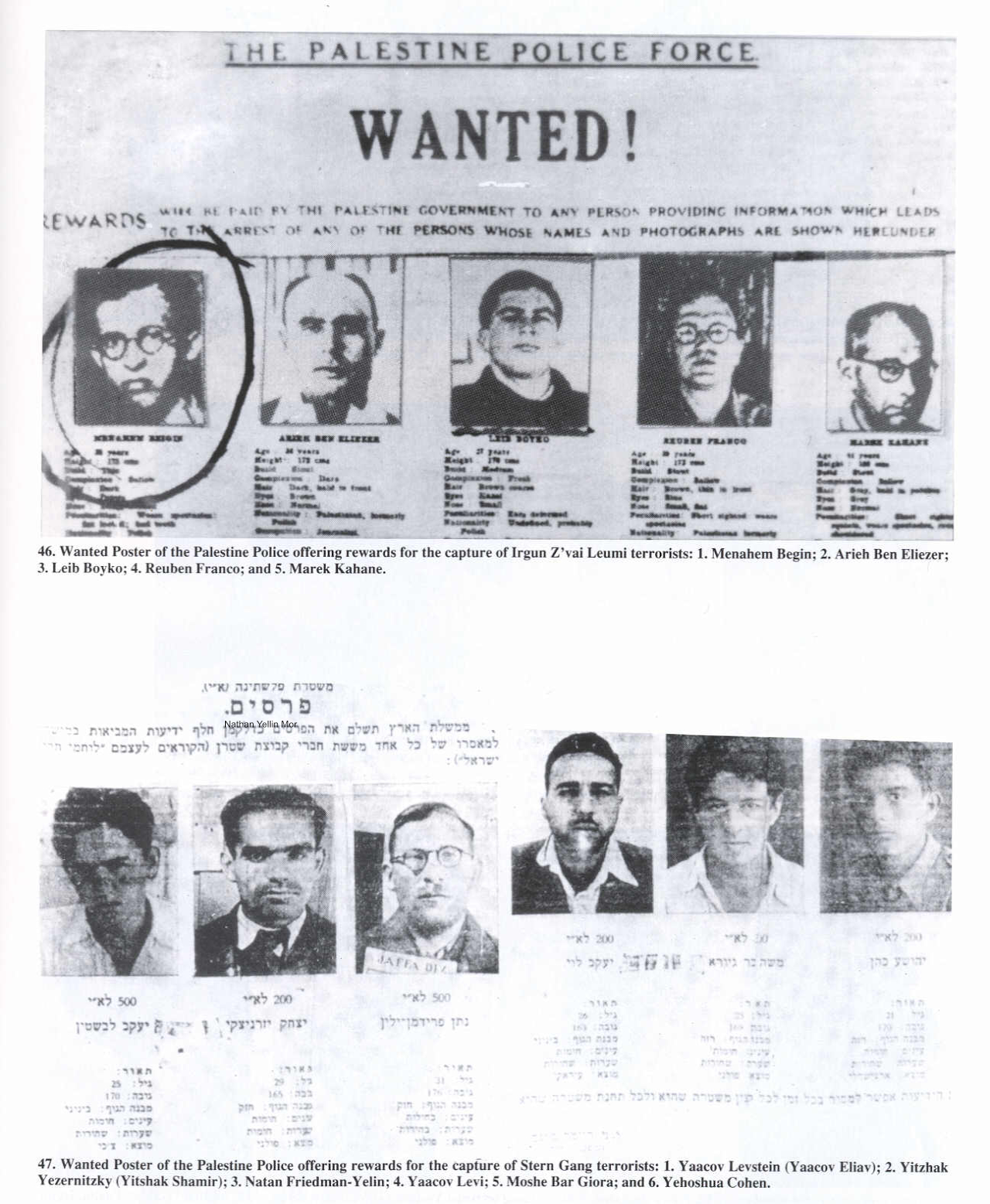 The day after the terrorist attack, the United Nations Security Council condemned the killing of Bernadotte as

"a cowardly act which appears to have been committed by a criminal group of terrorists in Jerusalem while the United Nations representative was fulfilling his peace-seeking mission in Palestine."

On the website of the US State Department, on top of the page the visitor will read this

"On May 14, 1948, David Ben-Gurion, the head of the Jewish Agency, proclaimed the establishment of the State of Israel. U.S. President Harry S. Truman recognized the new nation on the same day."

On that page, no single word about the attack!

The Zionist migrants from Central and Eastern Europe, on May 11, 1949 officially named 'Israelis', they were admitted to the United Nations as a full member on that day.