Harsh term isn't it? Yes it is. But, we can explain:

The Israelis are a war belligerent. How do we know that? Well, actually everyone could have known if they did understand the United Nations when they issues warnings to the Israelis, that actions could mount to war crimes.

You don't use 'war crimes' when nobody is in a stage of war. Well, the Israelis never have lifted the stage of war since 1967. The reason why they never have lifted is simple to explain as 'annexation' is an act in times of war. That is why the Israelis never provided their official borders to the UN. Land grab or stealing land is is an act in times of peace. Well, there's no peace!

But, we have to understand that there is a difference between war violation and war crime as both are often mixed up in the media. War violation refers to breaches against protocols and/or rules a war belligerent is obliged to.

Building a settlement is not a war crime but a war violation as it is a irreversible, so permanent change in the environmental identity of the land that is under occupation thus against the Rules of Usufruct. But, if the occupying power thinks it needs to own the land, so it takes it, that is also against the same rules as it is annexation in times of war. 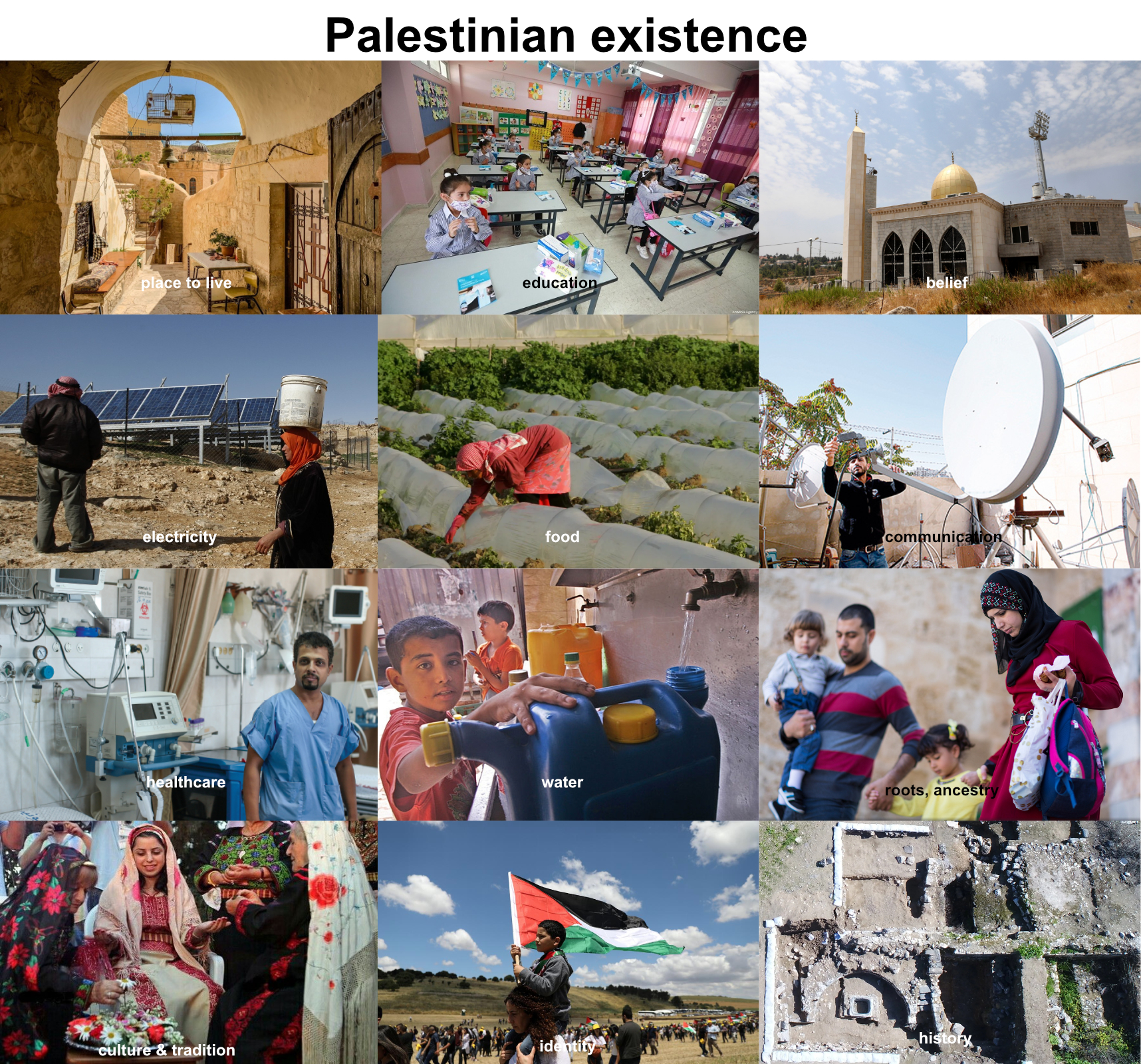 When the occupying power finds objects and structures, which are either part of the identity of the occupied land, or are belongings as part of the livelihood of anyone of the occupied people, and decides to remove them in order to replace with its own, then it is a war crime as it is about this:

Existence. In short: it means your physical presence, your being, you but 'confirmed' visually by the eyes of anyone who sees you.

However, existence has a broader meaning as it is actually an umbrella term encompassing everything that is needed to exist, not to mention to continue to exist.

Among those belonging to 'everything' are your roots and ancestry, your tradition, your culture, your native language and your belief. They all are elements belonging to your identity. Material belongings are your house, your property even the whole town or city or neighborhood if not your land as a country were you belong to. Then we have life, which includes food, water, electricity, health, communication and the availability to have a place to stay. This all is existence.

If the occupying power don't want objects and structures at all, which they proof on the daily basis, despite that they are part of the identity of the land they then annex, and also remove the belongings as part of the livelihood of occupied people by means of destruction, it is eradicating the elements on which the existence of the Palestinians rely on. If the act is in such a systematically manner that it hallmarks the identity as belonging to a program, you then need to speak about existential genocide. 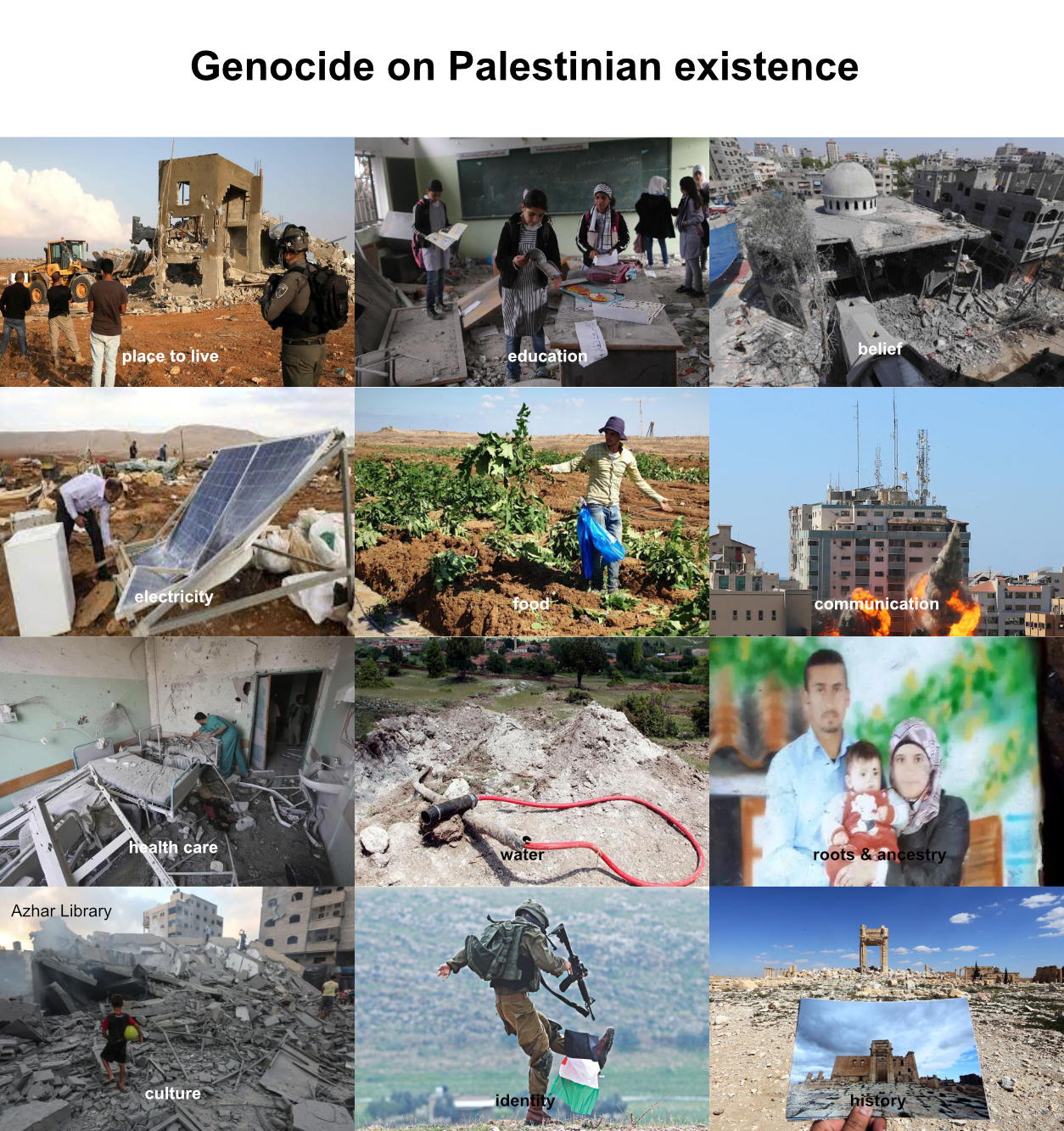