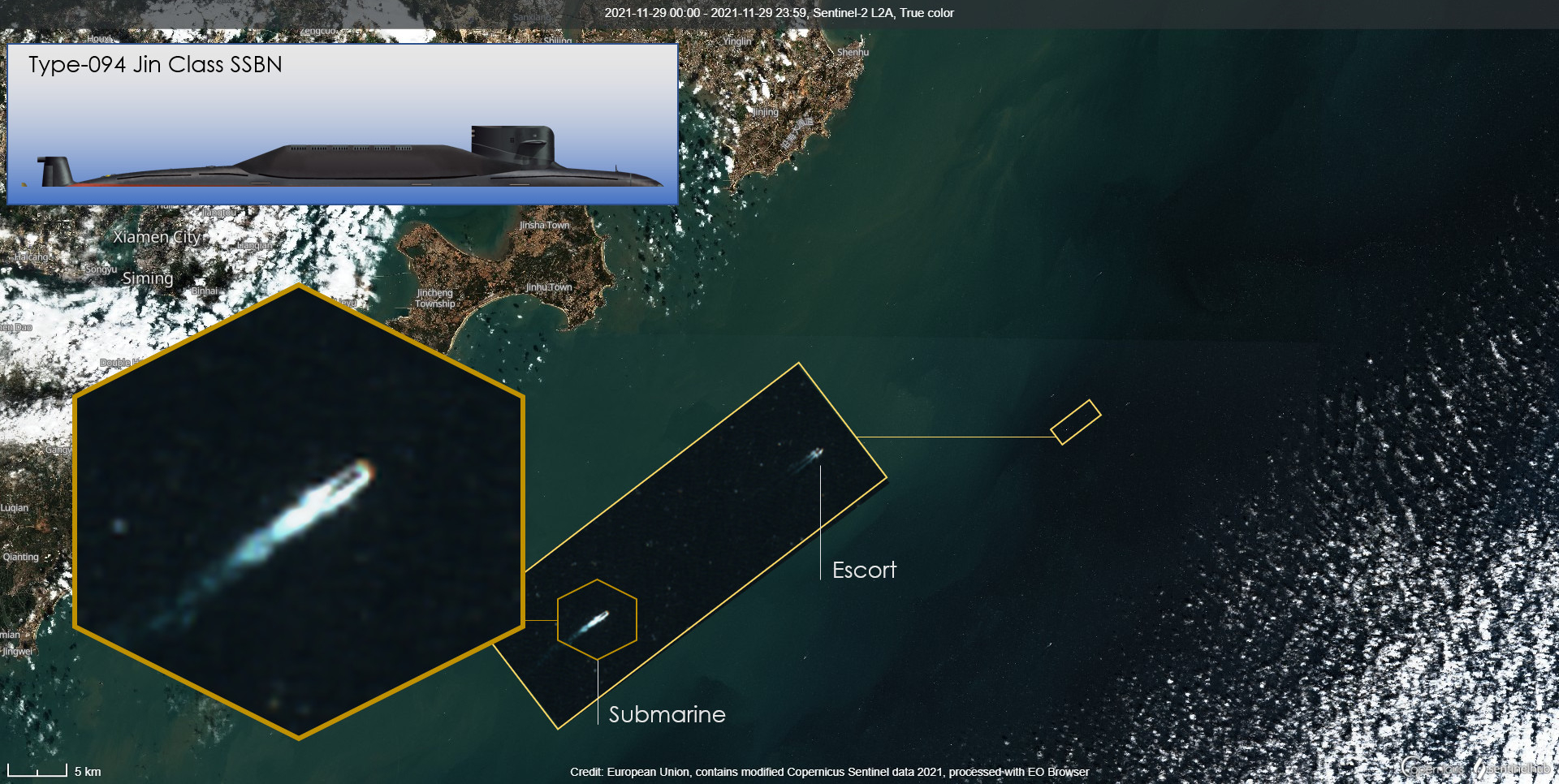 The submarine is transiting north from the submarine base at Yulin in the South China Sea. It is surfaced and escorted by another vessel.

Although Sentinel 2 is low resolution, the wake patterns are characteristic of a submarine with typical rounded bow.

The length best fits the Type-094 and the context aligns.

Chinese nuclear powered submarines do return to the Bohai sea for repairs and overhaul. So the transit is likely routine.

Last modified on Friday, 03 December 2021 11:26
Tweet
Published in Strait of Taiwan
Tagged under