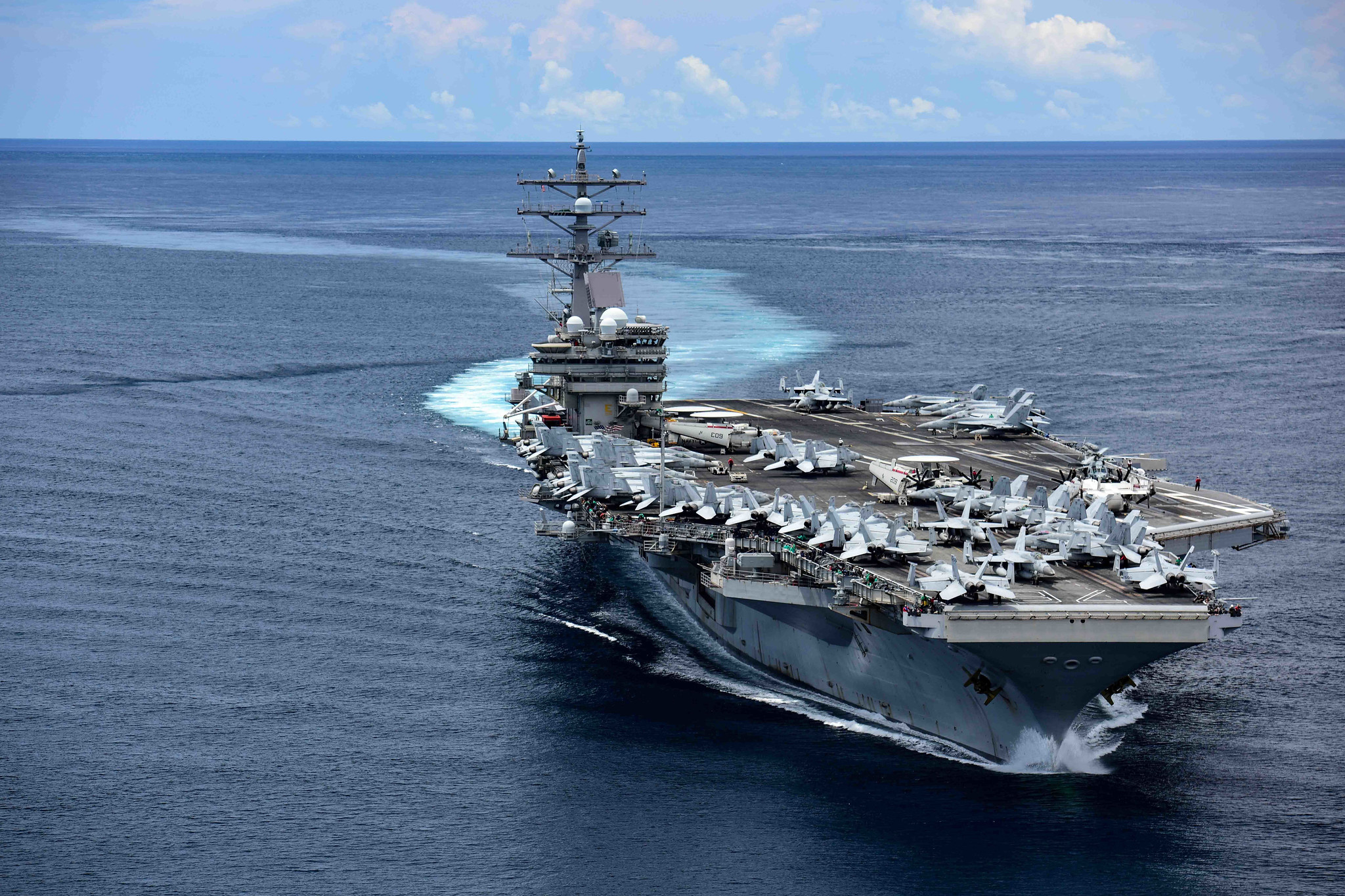 A U.S. aircraft carrier group led by the USS Ronald Reagan has entered the South China Sea as part of a routine mission, the U.S. Navy said on Tuesday, at a time of rising tensions between Washington and Beijing, which claims most the disputed waterway.

China frequently objects to U.S. military missions in the South China Sea saying they do not help promote peace or stability, and the announcement follows China blasting the Group of Seven nations for a statement scolding Beijing over a range of issues. read more

"While in the South China Sea, the strike group is conducting maritime security operations, which include flight operations with fixed and rotary wing aircraft, maritime strike exercises, and coordinated tactical training between surface and air units," the U.S. Navy said.

"Carrier operations in the South China Sea are part of the U.S. Navy's routine presence in the Indo-Pacific."

China has ramped up its military presence in the South China Sea in recent years, including building artificial islands and air bases.

The South China Sea has become one of many flashpoints in the testy relationship between China and the United States, with Washington rejecting what it calls unlawful territorial claims by Beijing in the resource-rich waters. read more

U.S. warships have passed through the South China Sea with increasing frequency in recent years, in a show of force against the Chinese claims.